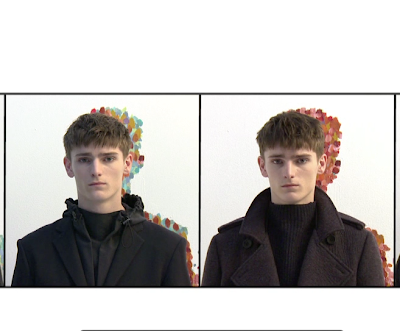 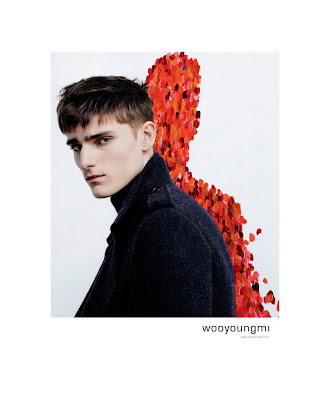 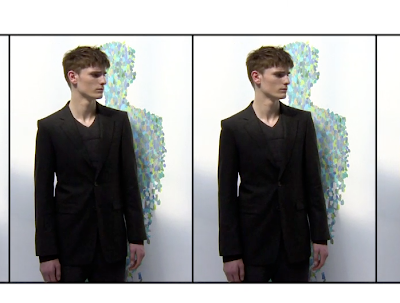 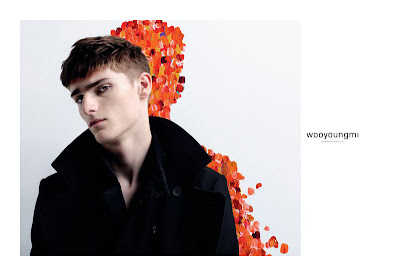 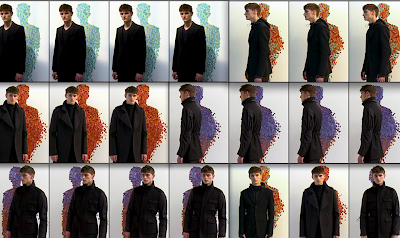 Ahead of their Kacper Kasprzyk-shot winter campaign, the Korean sister duo worked with set designer Gary Card and filmmakers Videopolis on this conceptual video,

The South Korean duo behind Wooyoungmi base the label on their sharp eye for advanced sartorial details and conceptual plays on traditional shirts, jackets and coats. For this new season, focus was moved to the practicality and function of the clothes with technical fabrics paired against standard luxury materials to fit a 21st century urban lifestyle. Styled by Dazed & Confused's Robbie Spencer, the new collection was also shot for a new film for Wooyoungmi's Autumn/Winter 2011 collection.

Art Director Katie Chung worked with set designer Gary Card to create the video with Videopolis, featuring model Alexander Beck in disconcerting blurring shots and shifting shapes between looks. The result is a perfect mix of the modern aesthetics seen within the pieces alongside the conceptual film.
Posted by Gary Card at 06:56 12 comments: